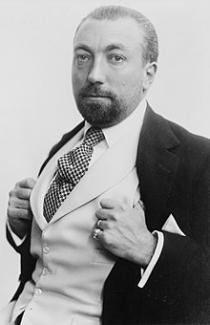 Paul Poiret (1879-1944) is considered the first fashion designer to introduce his own perfumes. However, unlike Coco Chanel whose Chanel No. 5 first appeared in 1921, ten years after Poiret had begun selling his "designer perfume," Poiret never included his name on his perfumes or on the company. From the start, he believed that perfume presentations involved five features: name, bottle, label, box and additional ornamentation.

The early bottles were hand painted by Martine for Rosine.

Les Ateliers de Martine trained girls in the decorative arts. Their training included sketching, weaving and decorating ceramics and glass. The girls were introduced to modern art and artists, and also helped create some of the bottles and packaging for Parfums de Rosine.